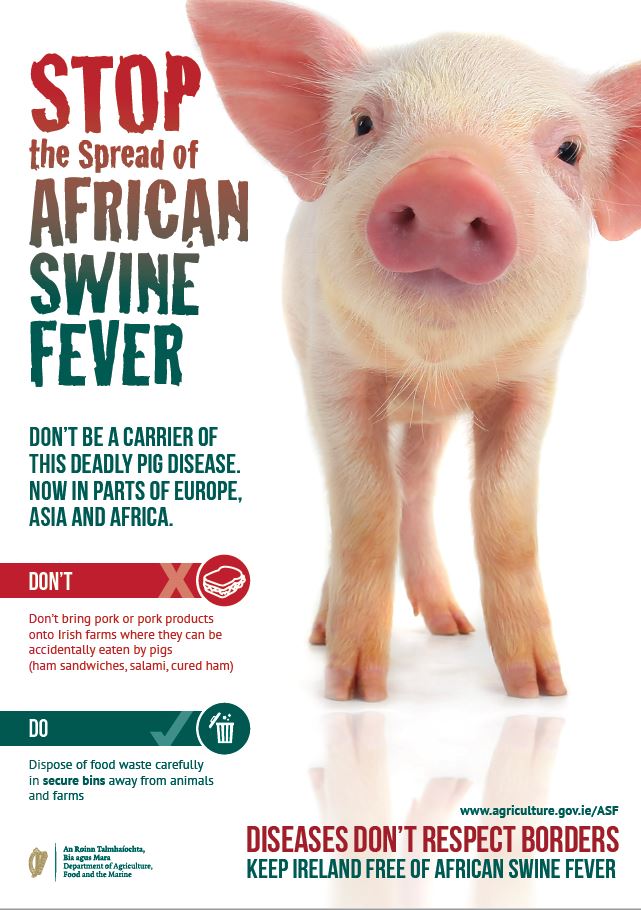 The Minister for Agriculture, Food and the Marine, Michael Creed T.D., wishes to strongly re-emphasise the need for airline travellers to be aware of the risk posed by African Swine Fever (ASF) to the Irish pig industry and the Irish economy if meat or meat products from affected animals is brought into the country. His warning comes on foot of reports from a number of countries (Australia, Japan and most recently Northern Ireland) regarding the detection of traces of the ASF virus in consignments of meat seized at airports.

The ASF virus is robust and can survive for weeks or months in chilled, frozen or preserved pig meat or meat products such as hams and salamis. Outbreaks of ASF have been attributed to the feeding of infected food waste (swill) to pigs, particularly in Asia, where swill feeding has only been recently prohibited. Feeding of food waste that contains or that may have been in contact with meat or meat products has been prohibited in Ireland since 2001. [Read the full article Here] 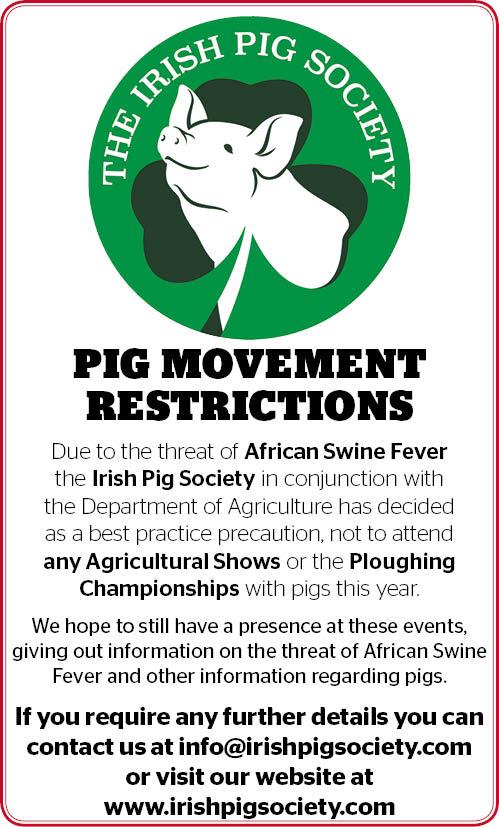